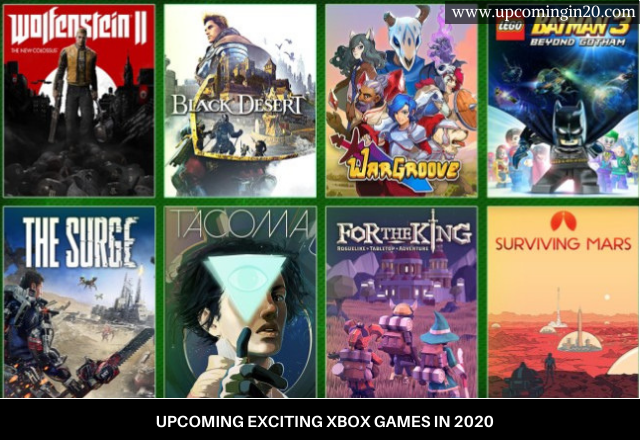 Are you growing excited as autumn takes a turn for winter and the holidays? Well, there’s more to add to the exhilaration as new Xbox one games are just around the corner. Here, we explore a few of the top-notch ones.

Are you currently in love? Regardless, you are going to lose sleep over this beauty. If you have seen the movie The Purge you are going to relate the most. Developed by The Witcher series, CD Projekt Red, the platform is set in a fictitious world where crime rules.

This is the sequel to Ori and the Blind Forest developed by Moon Studios which in itself was extraordinary with mind-blowing visuals and audio that made you feel like you were in a real forest solving mysteries and having a put-you-on-the-edge-of-your-seat adventure.

Can’t get enough of the Marvel movies? Well, now you can indulge in this intricately curated Avengers game developed by Crystal Dynamics, Eidos Montreal on your Xbox where you play God! That’s right! You get to control the mighty characters to come to the rescue of the mortal humans.

Like Todd Phillip’s Joker descends into chaos taking with him the entire city of Gotham, that’s exactly how London descends into a dystopia in the game’s third version where your task is to recruit citizens to a group (called Dedsec) to grapple with the situation. Developed by Ubisoft, it is like making your very own dream team of badasses to fight your battles!

Addicted to shows like The Vampire Diaries? Well, you can be the smouldering hot Salvatore brothers as much as you want to now with the Vampire: The Masquerade being back with Bloodlines 2, a much surprising sequel to its 2004 Desktop version developed by Hardsuit Labs. As the city of Seattle goes to war you between the vampires and the civilians it is your time to get set, go, shoot!

Sick of the drudgery on Planet Earth and the boring old ways of the Earthlings? Get your space suits ironed as space is calling! In this exciting addition to the Halo franchise simulated at the 343 Industries Master Chief is back with new space adventures and gameplay.

There is a whole collection of these epic Dragon Ball games that follow the stories of your favourite anime characters like Goku, Vegeta and others but this is an all-new gaming experience with a richer story, more detailed battles and diverse RPG mechanics. Developed by CyberConnect2, it’s a dream come true for virtual beings as you don’t just get to fight these epic battles, you get to live like them- fish, eat, make friends, train like your favourite characters right here in the game!

If you are a mythology nerd, especially Greek Mythology, this game is perfect for you! Complete with the adventure narrated by Homer, heavily reminding you of The Legend of Zelda: Breath of the Wild, the game created by Ubisoft will take you into the beautiful picturesque setting with astounding audio and visuals filling you with nostalgia from your ancient reads as you get thrown into a full combat mode between the Gods and the evil.

Do zombies, the wights and other undead creatures give you the creeps? This Action role play game gives you the perfect opportunity to avenge the undead now! Created by Techland, you can host your adventures with up to four players in a game it is a perfect opportunity to build your virtual community, customize your characters and take your world back from the zombies!

Do movies and shows like The Godfather and Narcos make you want to run your very own crime syndicate? Well, now you can with this epic game created by the Romero Games where you are one of the crime bosses in the area and have to maintain your list of dubious businesses. And what can be more perfect than having alcohol as the currency of the world you live in?

Your 2020 is about to have the most tasteful twist with these 10 adventure marathons on your console. After a long day of work or school, these mythical worlds will wipe the anxiety right off and give you a legendary high as you enter these delightful scenic beauties.