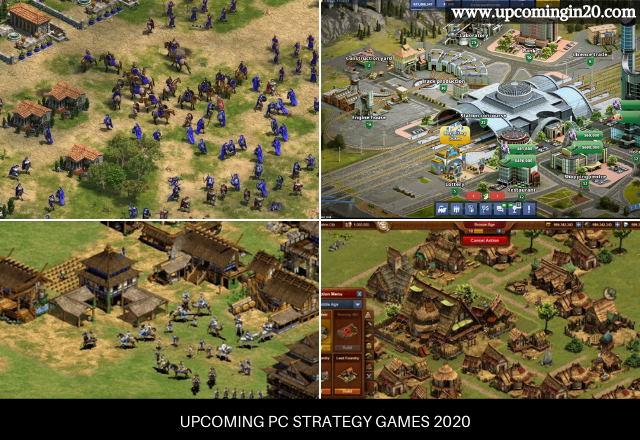 Strategy games are those where the victory depends on the tactics and strategy used by the player. The primary task of these games is to control resources such as civil workers, and troops to achieve triumph over foes or accomplish any other objective. Strategy gameplay can be either real time based or turn-based games.

Factorio is an independent PC economic strategy game. Here the gamers will be developing and managing a wide network of factories on this perilous planet. Some of the key responsibilities of players include taking good care of resource supply, that is important for erecting more buildings, constant property development, and introduction of new technologies that one invents in specialized research facilities.

Players also have to ensure the security of the plants as they are in a threat by the natives of the planet. This is a 2D game where the graphics are kept to the minimum so as to keep the player completely focused on the gameplay.

Teamfight Tactics is another PC strategy game that is planned to be released in 2020. This game is a substitute mode in the “League of Legends MOBA”. It works in the form of a separate production, that is inspired by the recognition of Dota Auto Chess. The entire production got built and launched by “Riot Games”.

This is an economic strategy game that look similar to the Anno series. The entire production of this game is based on the Middle Ages. The primary task of the player is to develop a strong, and prosperous city.

This is a real-time strategy game that includes various elements of city builders, survival games, and RPGs. In this game, the player assumes to take the role of any tribal leader who lives in the “Neolithic” era. The main job of the player is to offer protection, and shelter against predators and to obtain adequate food, and resources.

Ancient Cities is an economic game where a player faced challenges related to survival in the city. Fauna and flora are replicated in a dynamic ecosystem. In critical times, a player needs to distribute supplies properly to prevent naturally decay with time.

Sudden changes in climate and occurrence of natural disasters can make it hard for the player to survive this difficult time. While facing crisis, player also uncovers several new upgrades in its extensive technology tree that provides improvements to cultivation, and crafting that made the tribal existence quite easier in the future.

The 3rd part of Crusader Kings series of PC strategy games is set to release in 2020.  It was built by “Paradox Interactive”. In this game, gamers lie at the front of a medieval dynasty. They can control the upcoming generations that slowly increasing its effect. This game can be player in a single player mode or a multiplayer mode.

Panzer Corps II is another PC strategy game where the combat is turn-based. Here, the player participates in several scenarios where he has to control different types of military components from the World War II period.

The tactics that a player employ for arranging the forces on a battlefield is the prime element that takes him to victory. Panzer Corps 2 makes use of an Unreal Engine 4 that allows creation of an elaborate three-dimensional environment with several units rendered at a single time.

In this strategy game, players participate in a conflict called as the Trojan War. In this war, they can lead the troop of any title city or any Greek army that attacks against it. This game is created by “Creative Assembly studio”. It features 8 popular heroes, that are headed by Ulysses, and Achilles.

Partisans is another strategy game planned to release in 2020. Here, the players have to control an army of Soviet partisans who fight against Nazi invaders at the time of World War II. These players have got worse ammunition than enemies.

This game is a remake of 2003 RTS game. This strategy game is planned to release on 24 January 2020. The games take you to the Roman kingdom to become an emperor. The player needs to fight wars with very limited units at the disposal. This game provides improved graphics, control, and user interface.