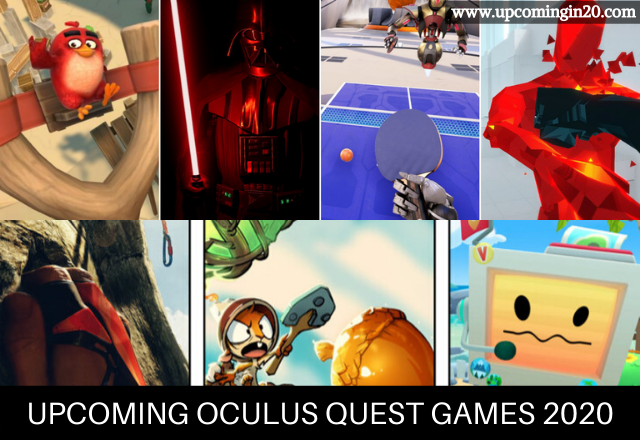 The word game is something that brings joy to almost every person around the world. Everyone must have played at least one game that brings a sense of nostalgia. There are numerous types of games, some are famous in another region and others somewhere else but in the end, games are made for entertainment for all kinds of people. It can be according to the areas or kind of people present. Types of games can be based on the region or for children or teenagers and many are for adults.

One popular series called the oculus games given by the Oculus VR company, a brand of Facebook technologies has been the favorite for both the young and the adult. It was founded in Irvine, California by Palmer Luckey, Brendan Iribe, Michael Antonov, and Nate Mitchell in July 2012. In August, Luckey unveiled the Rift, a digital world headset aimed at video game developers, and introduced a Kickstarter program to make virtual worlds available to developers. And the outcome of it was something beyond expectation where the gross earning was $2.4 million, which is ten times the amount expectation which was $250,000.

Now when it comes to the number of oculus quest games; some of the globally acclaimed games are:

There are many yet to be released and are already the most awaited oculus games.

Some of the upcoming oculus quest games are

The list can go on and on as the oculus quest games keep bringing new and attractive games for their users after every interval. Just to take care of the taste of the people, it changes and provides more interesting games that can boost, sometimes calm the mind of users, so just wait and see what other games are coming shortly.

Oculus Quest games are immensely popular all over the world. It is only a little wait to enjoy the thrill of upcoming releases on Oculus Quest. A majority of games are coming somewhere in 2020, but their exact launch date is not yet determined. So, fans should keep an eye on the specific release timing so that they don’t miss out on their favourite game.  We have compiled a list of Oculus Quest games that are planned to be released in the next year 2020.

This is a game developed by ARVORE. Its release date is planned in second quarter of 2020. The Pixel Ripped 1995 extends the story of its previous version Pixel Ripped 1989. Here the player has to fight an evil goblin named “Cyblin Lord”. Similar to the previous game, he will transport between two dimensional and three-dimensional worlds. This sequel guarantees more refinement, and content.

This is the second Oculus Quest Game that is going to release in the first quarter of 2020. This game is developed by Downpour Interactive. Onward is basically a competitive, and tactical first-person shooter. To play this game, a gamer is required to exhibit good communication, marksmanship and coordination as there will be limited respawns, no crosshairs, and no HUDs. Presently, the game is in development stage for Oculus Quest.

Solaris, is the next game that will launch on Oculus Quest in the second quarter of 2020. It is developed by First Contact Entertainment. It is an Offworld Combat that is basically a first-person shooter game. This game belongs from the developers of Firewall Zero Hour. It is going to be a multiplayer sci-fi shooting-based game with rapid action.

The next game to be released on Oculus 2020 in the second quarter of 2020 is The Wizards – The Dark Times. This game is developed by Carbon Studio. It is a magical battle adventure game. Here, the gamer uses his arm and hand gestures to cast spells such as wind attacks, fireballs, ice bows, and shields. Attacks can also be combined with ice for freezing an enemy, followed by a fireball to quickly melt the ice. On using lighting after it can do a lot of damage. The player is going to travel various different environments to defeat any fantasy monsters.

Echo Arena is a five-vs-five sport wherein the player tries to obtain a disc in the goal of the opponent. Echo Arena VR is all set to be launched in 2020. In order to secure the superior quality game as possible, the company has delayed the launch of Echo Arena until 2020,” the company.

This is another game that is expected to release in the first Quarter of 2020. This game is developed by OZWE Games. Death Lap is basically a frenetic battle-based racing game. It has “Mario Kart” elements that provide pickup bonuses to a gamer to collect on the racing track. You can even take out the opponent by shooting them using some special power or a weapon.

The races that you are going to experience will be intense, and fast-paced. All the vehicles are designed to be creative in design like a monster sized truck with enormous moving claws at the front. In addition to it, there are going to be several vehicles to select from. Each of them varies on the basis of strengths, abilities, and weaponry.

It is a cross platform multi player game for VR and PC by NetEase. Nostos is played in open world settings, where the player can find Oriental animation elements.  Gamers can explore the location with their friends, find historical sites, and remnants of fight and battle, reveal the truth that is lying hidden by time and learning about the past stories of regret and hope. Its new version is going to be released in the first quarter of 2020.

Horizon is another game set to launch in early 2020. It is developed by Facebook. It is a new ever-expanding social VR game that takes you to a vast VR world. Here, you can explore, create, and play. There are going to be different worlds to discover. The game encourages friendly competition. The player also has the power to create his own world using the convenient tools provided to him. You can create this social game for other people to play.

This game is set to release in the first quarter of 2020. It is developed by Caveman Studio. It is a multiplayer team-based shooter game for virtual quality headsets. With the game, you can easily experience the next level virtual warfare with lethal weapons, hardcore controls, intense firefights and customizable load-outs.