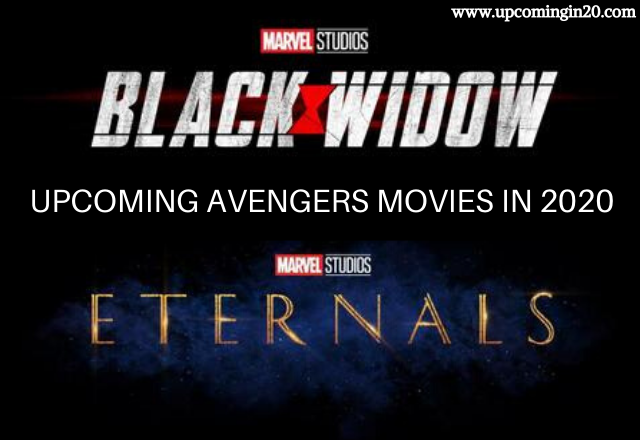 Avenger series has always been the most popular series in the young audiences as well as adventure lover people. The series has magic to keep you stay on the chair for long and stare at the screen like what next going to happen. This is the big reason that the Avenger series has got so popular. People are waiting for what next they are going to get to see in the year 2020. The series franchise has announced two movies will be released in the year 2020 as, Black Widow and The Eternals. But the audience cannot see it before mid-year passed as the movies will be releasing in the month of May and November respectively. Let’s see in details what both the movies bringing on for the audiences.

It is an upcoming superhero movie based on the Marvel Comics character. This is the first female-led superhero movie. Scarlett Johansson is the best person to portray this character. Till the date the movie has numerous rumors around it related to cast, direction as well as storyline. But now as the release date has been released so people do not have to wait too long now. And all the rumors will go in fumes once the audience watches the movie. Anyways, any movie till it get released has to go through it and once the movie is on screens we get the results. At the moment the story line has not been revealed yet but it has been said that the movie story will take place in between the events of Captain America: Civil War and Avengers: Infinity War. The movie has mostly been shooting in Europe. So, there is no time to wait for the next Avengers movie now and May will be the month of adventure for the avenger series fans.

The Eternal is the upcoming American Superhero movie which is based on the Marvel Comics race of the same name. The predicted storyline of the movies is the Eternal which is an illustrious alien race created by the Celestials, protect humanity from their evil counterparts, the deviants. This is also the most awaited avengers’ series movies and people are looking forward for to it to get release. But folks, you have to wait till the end of the year in 2020 as the movie is going to release on 6th November 2020. Though the release date looks too far but the wait would surely be sweet and fruitful. We have seen a few of Thor and Guardians of the Galaxy but there is more to come from the cosmos world which is live in action. The Eternal movie is going to give us that experience and hence, it would be worth waiting till November 2020. Previously, the current director of the Eternal Choe Zhao was looking forward for an opportunity to run the Black Widow project but when she didn’t get it, she sticks to the Eternal project. We must assure that Choe Zhao have justified the details of the Eternal movie and will bring in front of us a price of the cake.

So, here we have gone through all the details about the upcoming Avenger movies in 2020 and we are sure that we will be delighted and mesmerize by the creation of Marvel Studios that make sure to stand up on the marks of the audiences. There is much in the queue for the year 2021 as well. Movies like, Shang-Chi and The Legend of the Ten Rings – February 12, 2021, Doctor Strange in the Multiverse of Madness – May 7, 2021, Thor: Love and Thunder – November 5, 2021, Black Panther 2 – May 6, 2022.