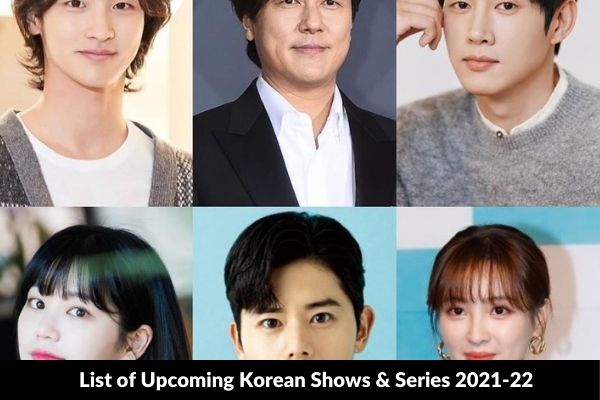 If you are one of the die-hard followers of K-drama, this year will be a complete package of entertainment for you. Be ready for the treat as a slew of brand new Korean shows are slated to be released to bring the influx amusement in 2021. Be hyped up as the below mentioned dramas are going to give you the best experience. Take a look!

Kim Soo-hyun, who is the highest-paid actor in South Korea, will be starring in the Korean show, One Ordinary Day. This show was previously named “That Night”. Allegedly, the drama came into limelight when rumors about Kim’s huge paycheck per episode were spread.

This upcoming drama will go on air in November, 2021 and is the remake of “Criminal Justice”, a British TV show which made its appearance on the screen in the year of 2008. Kim will be portrayed in the role of a university student who is an accused murderer. After a lot of struggle, Kim is rescued by a lawyer, who himself does not have a good reputation and is a third-rate lawyer. Even after all this, he is stern to support Kim in proving him not guilty.

Featuring Gong Yoo, Bae Doona and Lee Joon, this show is an adaptation of a short film, The Sea of Tranquility that was released in the year of 2014. It is a science-fiction creation with a combination of mystery and thrilling. You must watch this extraordinary story that follows a journey of soldiers traveling to the moon to save the Earth.

She Would Never Know

Starring Ro-woon, Won Jin-ah, Lee Hyun-wook and Lee Joo-bin, “She would never know” is based on a famous web novel  “Sunbae , Don’t Put On That Lipstick”  that was released in the year  2017 . This romantic comedy beautifully shows the burgeoning love between a senior who has a sweet personality and a junior who is quite bold. They both have been shown working at a cosmetics company in the show.

Hospital Playlist, a superhit medical K-drama is all set to entertain you with a whole new second season. Directed by Shin Won-ho, this show would make some points clear that were left unexplained during the first season. The first season of this show got the ninth rank in the highest-rated Korean Dramas in the history of television. We are sure that the second season that is expected to be released in the mid of the forthcoming year 2021 has planned something big for us.

Falling under the rom-com genre, imitation is all about the lives of idols in the entertainment industry. This show will feature Jeong Ji-so,Jun , Park Ji-yeon , Chani , Jung Yun-ho as Maha, Kwon-ryok , La Ri-ma, Eun-jo and Yu-jin respectively. The concept of the show is related to music and it will show the story of several fictional idols teams such as a renowned boy band “Shax”, a rookie girl group called “T-Party”, a vibrant boy band named “Sparkling”, and a female artist “Larima” who does not belong to any particular band and is a solo performer.

Starring Ji-sung as Kang Yo-han, Park Jin-young as Kim Ga-on , Park Gyu-young as Yoon Soo-hyun , who will be the main cast of the show, Devilish Judge will follow the story of two men who attempt to reveal each other’s identity and  want to bring each other down.

One of the jury members, played by GOT7’s Park Jin-young, loses his parents in an unfortunate event during his childhood. His father’s close friend supports him. The boy studies hard and becomes a judge and lands a job as an associate and works under the supervision of Yo-han.

This intriguing story has been written by Moon Yoo-seok who was also the part of a popular TV law show Miss Hammurabi, featuring Go Ara and Kim Myung-soo in steller roles.

A concoction of mystery, law and drama, this show will go on air in the first half of the year 2021

A mixture of mystery and thriller, Cliffhanger is about two park rangers who are deployed to rescue the public of Mount Jiri

A top ranger, Seo Yi-kang (Jun Ji-hyun)  knows almost everything about navigating Mount Jiri National Park and her ally , Kang Hyun-jo (Joo Ji-hoon), is a military academy graduate.The former is an experienced ranger and is a  responsible head of the Haedong Branch Office in Mount Jiri   while the latter is although a newbie but an extremely practical ranger.